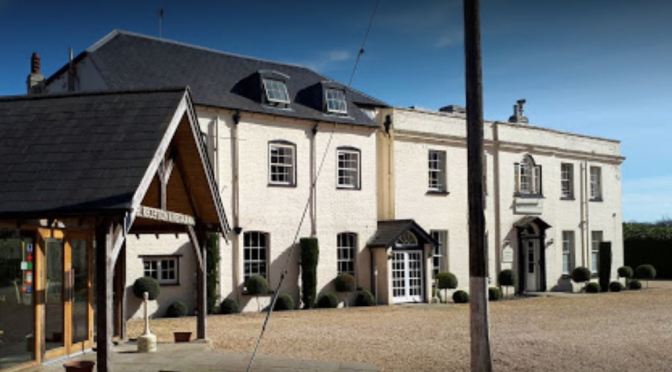 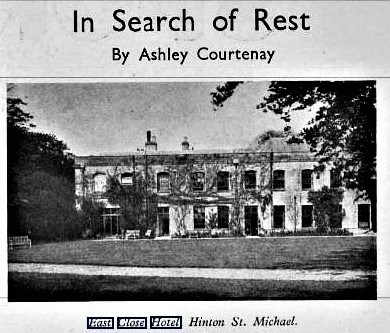 Described in the 1930s and 40s as a “Luxurious Country House Hotel“, the East Close Hotel was thought by hotel reviewer Ashley Courtenay to be “particularly well-furnished and run”. He believed that, “for anyone wanting a restful type of leave, it would be hard to visualise a more peaceful spot”. In 1940, the East Close Hotel was advertised as being “in a particularly beautiful and safe position.” Eighty years on, the building is no longer a hotel; however, it is still a beautiful place and now has a new incarnation as The Retreat. 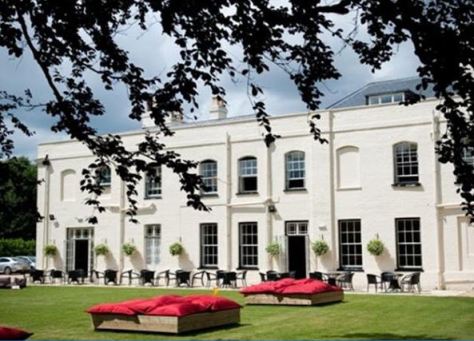 On 29th September 1939, when the National Register was taken at the start of World War Two, there were five people living at the East Close Hotel.

The first two names on the Register were those of the Proprietor and Proprietress, Frederick B. Fowler, aged 55 and his second wife Evelyn Pleasance Fowler (formerly Oswald), aged 38. Frederick was originally from Sussex and, in his twenties, had worked as a Consulting Engineer. He was a Major in the RAF in World War One.  Frederick married Evelyn in Bath in 1928. In 1929 the couple were living in Winterbourne Monkton and in the early 1930s they lived in Dorchester. In September 1939, Frederick was a Special Constable in the Hampshire Constabulary.

Lily Borrow, aged 56, was from Stockton-on-Tees and worked in the hotel as a Bookkeeper-Receptionist. Eustace Hallifax, aged 48  was a guest at the hotel. His occupation was Managing Director in the “Motor Trade”. In 1922, the Hampshire Advertiser named him as the owner the Reliance Motor Garage, St. Cross Road, Winchester. The garage was still in business in 1939 and Mr Hallifax was probably still the owner. Victoria E. G. Colthurst, aged 40, was also staying as a guest at the hotel. Her occupation was “Beauty Specialist”. She and Eustace Hallifax appear, at first glance, to be unattached but they were in fact a couple. They were married in 1945.

Contact Steph Woods to commission a History of your House or Family: fully researched and referenced, written in story-form and illustrated. Read Steph’s other blog posts at Woods for the Trees Blog

We are based here:

"I started my family tree in March 2014 using a couple of online sites. It wasn't long before I became bogged down with names due to re-marriage and large family off shoots. I got in touch with Woods for the Trees. I now have a very comprehensive report of my family going back to 1757 which took just six weeks to produce. Steph was friendly and very professional, keeping me informed with updates as she progressed. My husband is so impressed he now wants one done of his family to give to his mother as a present." G.J. Gloucestershire
"A very friendly and efficient service." A.D. Hertfordshire
“Received your wonderful story of the regiment Yorkshire Hussars. It gives a good idea of the soldiers life.” M.S. Yorkshire
"Steph Woods proved invaluable to me when I was trying to research my paternal great grandmother's eight sisters. I had come across the inevitable 'brick wall' particularly once the sisters had left home. They had a common surname and came from Great Somerford, Wiltshire. Steph at all times kept me informed of anything potentially relevant and let me know when she would be visiting the History Centre. It was fortuitous when I found Steph's ad in the Kent Family History journal offering genealogical help from that county. Steph made excellent progress and with my input once new certificates were received, the missing sisters and what happened to them was revealed. I thoroughly recommend Steph to anyone wanting to research their ancestors from the Wiltshire area." Sue P, Havant, Hampshire.
"Woods for the Trees" carried out research on my problem with efficiency and speed, at a very reasonable cost. D.K. Bromley, Kent
Follow Woods4theTrees on WordPress.com